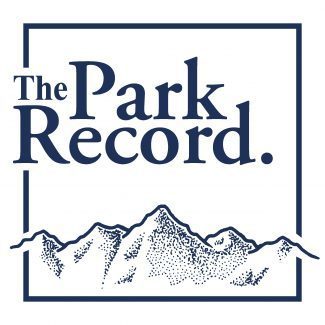 Park Record, April 22, 2021--Nearly 80% of Summit County residents have received a vaccine. Reaching the other 20% is the next challenge for officials.

Summit County is months ahead of its COVID-19 vaccination schedule, an encouraging development, but one health officials say presents its own challenge: The county is running out of people to vaccinate.

According to county data, more than half of county residents 18 and older have been fully vaccinated, and 78% have received at least one dose. But the pace is slowing, it is taking longer to fill vaccine appointments and officials are preparing to shut down the mass vaccination clinic in May.

“We are two months, maybe three months ahead of what our forecasted timeline was,” Health Director Rich Bullough said. “… I’m thrilled, I cannot believe what our uptake has been and where our cases are right now.”

A month ago, appointments would fill up almost immediately after they were made available, Bullough said. Now, the Health Department is shifting its resources to try to inoculate communities that haven’t been as quick to visit the mass vaccination site at the Utah Film Studio.

“Is it an issue of access? Is it an issue that they’re all working during the hours we’ve held clinics, is it perhaps some distrust?” Bullough said.

He identified two groups as having particularly low vaccine uptake: Spanish-speaking residents and people aged 20 to 49, particularly those on the East Side.

“We have enough data so we can, in some groups, identify disparities. And clearly the uptake in that 20-49 group in the eastern part of the county is dismal compared to what it is in the west,” he said.

Vaccination rates between the two sides of the county only started to meaningfully diverge after vaccines were offered to younger adults last month, Bullough said. Older residents on both sides of the county sought out the vaccine in relatively equal measure.

He said the department’s focus is to remove barriers that might be preventing people from seeking a vaccine.

“If people choose not to get vaccinated, that’s their own business,” Bullough said. “But we want to make sure that those low uptake rates are not due to something that we’ve missed. We want to make sure we provide the opportunities as best as we can.”

The department partnered with Nomi Health on Monday to host a vaccine clinic at Park City High School, which was open to students from across Summit County. It offered the vaccine manufactured by Pfizer, which is the only one eligible to be used in individuals aged 16 or 17.

The department also organized a walk-in vaccination clinic on Wednesday targeting service-industry workers at a hotel at the top of Main Street.

Some 400 students received their first dose, as did 140 people at the Main Street clinic.

In both instances, vaccines were available to all comers, but the clinics were held on the western side of the county. Bullough told an assembly of East Side mayors at a meeting Tuesday that he was looking for ideas to increase vaccine uptake on the East Side, and Kamas Mayor Matt McCormick asked to set up a conference call to discuss the issue.

Bullough said the Health Department had offered to hold clinics at the North Summit and South Summit school districts, but the respective superintendents declined. North Summit Superintendent Jerre Holmes indicated in an email to The Park Record that the number of people interested in receiving a vaccine likely would be too low to justify a clinic there.

South Summit School District spokesperson Jodi Jones indicated the district welcomes a vaccination site in South Summit, but would rather it not be held on school grounds to avoid the potential of a protest disrupting school.

Patients can make an appointment by calling the department, the same way they would for a flu shot, Bullough said. More information can be found at the department’s website at summitcountyhealth.org.

The clinics might remove another potential barrier, Bullough said, by providing a higher degree of anonymity than the Utah Film Studios site, where people line up in their cars to receive a vaccine.

“Similar to what I see with some other services in the county that the Health Department offers, people don’t like others to know that they’re receiving the service. A classic example of that is behavioral health services,” Bullough said. “It tends to make people more comfortable if that becomes more anonymous, if they can just walk into a place that isn’t identifiable just for that service.”

The Health Department is attempting to tackle another potential barrier — distrust of government — by distributing more doses to private partners so that patients can receive a vaccine through their own doctor or pharmacy.

Despite the challenges Bullough identifies in the next stage of the pandemic, he said he’s proud of what the count has achieved.

A mere 13 months after the virus was found to be spreading through the community, Summit County is planning to shut down its mass-vaccination clinic after inoculating most of its residents. The final appointment for a first dose at the site is scheduled April 30, with the month of May dedicated to second doses.

“We anticipated this transition but we thought we’d be doing these smaller clinics, the stand-up clinics, end of June into July. But here we are in April having this conversation,” Bullough said. “It’s pretty exciting.”